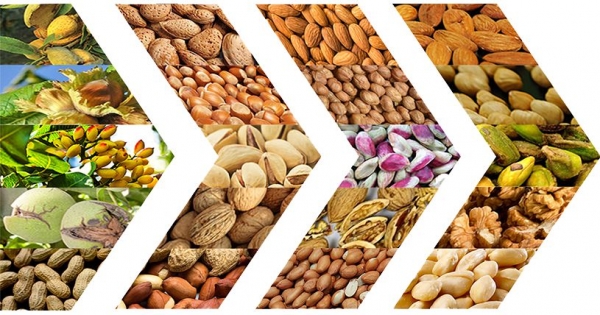 In the 2017/18 season, world tree nut production was estimated at 4.2 million metric tons, and it is forecasted to amount to ca. 4.5 million MT in 2018/19, representing a 6% annual growth in overall production (crop figures expressed on a kernel basis, except for pistachios, which are in-shell basis). After overcoming last season shortage, Brazil nut crop is anticipated to experience the biggest increment this season, returning to a normal production of 29,000 MT. The forecasts point to a 21% increment in pistachio and 19% in macadamia total crops, adding up to ca.709,200 and 60,200 MT, respectively. The expected rise in pistachio production is mainly explained by the US is experiencing a strong “on-year” and Turkey bouncing back from a poor harvest the prior season. Pecan and almond crops are forecasted to reach ca. 158,500 MT and over 1.3 million MT; respectively, 10% and 9% higher than those of 2017/18.

World peanut production in 2018/19 is forecasted at over 37.1 million MT (in-shell basis), slightly down from the previous season as the top producing countries are expecting lower crops. However, average yield is foreseen to be higher in China owing to increased planting of high-yielding varieties. Harvest outputs in the US are indicating high yields and quality as well.

The estimated world production of dried fruit in 2017/18 reached more than 3 million MT and it is forecasted to be risen by 5% in 2018/19, amounting to over 3.1 million MT. In relative terms, table dates, dried grapes and sweetened dried cranberries are expected to register the greatest growth (8%, 7% and 6% respectively).

More in this category: « World nut production has scored 45% increment in last 10years (Since 2009) Impressive increase in groundnuts production »
back to top
Copyright © 1952 - BIONOT